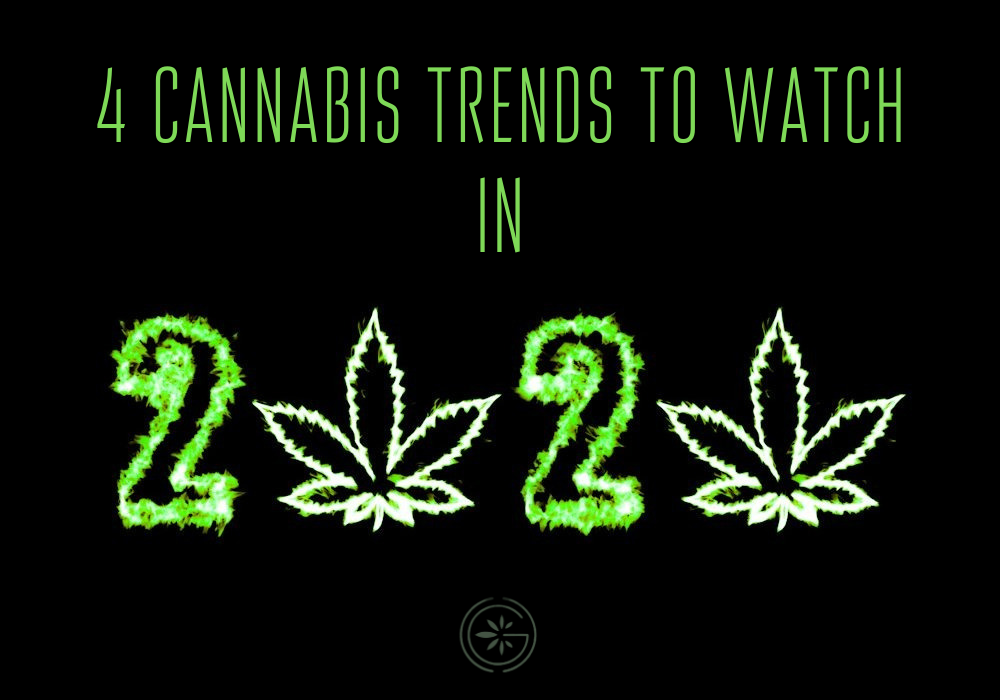 For the cannabis industry, 2020 is about properly banking the learning curves. 2019 was a wild ride. The populace, businesses, the farmers – even the government – have all learned a great degree. The knowledge gained over the past year will shape the industry’s future. As the cannabis journey continues, watch the following trends unfold. Even if hemp’s final destination is still unknown.

The flooding of the CBD market in early 2019 was overwhelming and caused those curious to experiment. Consumers learned CBD is both potent and effective. But it’s not a panacea. Those who educated themselves found reputable products and reported benefits from using CBD. This “proof-is-in-the-pudding” helped create product transparency in the form of COA’s – Certificates of Authenticity. (COA’s are the results generated from 3rd party lab testing showing the contents of a cannabis product.)

Consumer education led to the recognition of quality brands. Companies with inferior products and shady business practices were eliminated. The pruning of 2019 leaves top-shelf products to blossom in 2020. Quality, associated with transparency and forthright practices, is the new criteria. Education also enforces self-regulation. The cannabis industry is imposing an internal standard on itself while awaiting governance from the USDA and FDA.

Terpenes (such as limonene, pinene, and linalool), and cannabinoids other than CBD (like CBG and CBN), are moving to prominent positions in 2020. They’ve been in existing non-cannabis products (for example, Dr. Teal’s Epsom salts). But like cannabinoids, terpenes’ effects are enhanced when used with CBD. Look for companies to boast terpene inclusion as part of their evolution to compete in the saturated market.

CBD is the most accessible part of the plant, making it easier and cheaper to produce than other cannabinoids. This convenient production helped make it the “Face of Cannabis” in 2019. But there are an additional 150+ other parts of the hemp plant that also appear to have beneficial properties. CBD opened a door that encourages the research and development of these other cannabinoids.

In addition to terpenes, other cannabinoids are now of interest. CBN (cannabinol) was the first cannabinoid actually discovered. Like CBD it is not intoxicating, but it is slightly more psychoactive. Animal studies thus far have shown it acts on dopamine receptors and is a powerful analgesic. But it’s in less than 1% of the cannabis plant. Further development is needed to maximize its utility.  CBG (cannabigerol) is considered the “mother” of all cannabinoids. CBD derives its properties from it. Studies show it has strong anti-inflammatory and anti-bacterial properties. As an anti-bacterial agent, it is of great interest to the cosmetics industry. And the cosmetics industry is of great interest in the burgeoning “alternate” CBD market.

The wellness industry is growing twice as fast as the global economy. Nutraceuticals (health supplements which claim whole-body benefits and act as prescription alternatives) have long been included in wellness products. In 2020, this merger continues as CBD choices far exceed oils and edibles. CBG’s anti-bacterial properties allow for more diverse, targeted selections. Look for CBD and CBG’s inclusion in a growing variety of both and services. Particularly beverages and cosmetics. Spa day with a CBD kombucha and a seaweed-CBG wrap, anyone?

Big-box stores and beauty brands jumped on the CBD train in 2019. These companies usually rely heavily on advertising. Which is near impossible with cannabis items. Claims of CBD’s benefits can’t be made legally, which hinders large-scale marketing. But small businesses are just that. Small, and therefore, less noticeable. Expect a surge in local spas and/or gyms offering cannabis products to enhance beauty regimes or maximize workouts. Cosmetics and beverages continue to grow throughout 2020 as government entities work towards regulation.

Now that the hype of 2019 has fizzled out, expect cannabis products to be scrutinized. Consumers want assurance in quality and safety. They turn to regulatory bodies like the USDA and FDA, which regulate agriculture and health and human services respectively. They set the legal viability standards for products. Currently, the USDA and FDA insist more data is needed before they can have an official stance on CBD.

The FDA is working on regulations for products containing cannabis and cannabis-derived compounds. They are cracking down on companies making health claims based on consumer experience. In November 2019, they issued fifteen warning letters to companies whom they felt were marketing claims that science has yet to verify. There is a great need for further studies and quality scientific research. Interestingly, Baby Boomers will be one of the largest groups demanding funding for clinical CBD studies. Boomers are replacing some of their prescription medications with CBD. Expect them to lobby for the regulations needed for CBD to be covered by their medical plans, or be accepted as a reimbursable supplement.

In October 2019 the USDA released its “Interim Final Rule.” The IFR establishes a national framework for hemp production. The 2018 Farm Bill allowed for the commercial production of hemp. Planting increased by 460% over 2018. However, regulation was overseen by individual states. This remains in effect through the late fall harvests of 2020 for states that didn’t immediately adopt the USDA’s 2018 guidelines. It remains unclear how the IFR will impact future hemp farming. Some measures related to crop testing and disposal requirements are seen as prohibitive compared to the existing state plans. However, federal requirements could be beneficial as well, as they would allow hemp crops to receive federal crop insurance. Farmers could better recoup losses, keeping prices consistent. The USDA has kept public comments on hemp production open through January 29, 2020.

The manic joyride beginning 2019 is now calmly cruising along. But rough weather is still down the road. Next, minor players will be forced out of the industry. Established businesses are holding back, waiting to see the year play out. In addition, pay special attention to rising consumer knowledge, emerging terpenes and cannabinoids, growing specialty markets, and federal regulations. Watch as the journey continues.

Interested in the future of cannabis? Want to know more about terpenes or cannabinoids other than CBD? Stop by our stores on MLK in Chattanooga and Battlefield Pkwy in Fort Oglethorpe – or contact us directly with your inquiries.