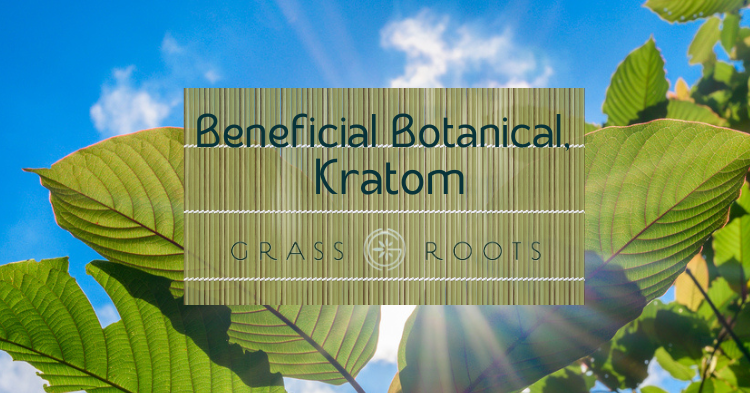 Kratom is as beneficial as it is complex. As complex as the history, legality, and future of the botanical.

One touch of nature makes the whole world kin.

History: Benefits from Siam to Stateside

Kratom (Mitragyna speciosa) is a Southeast Asian tree closely related to coffee to the coffee plant. The active compound – mitragynine – acts on opioid receptors in the brain. Though it is not actually an opiate.

Kratom’s usage spans back over 150 years in Asia. Workers chew fresh leaves for a stimulating effect during the work day. Or brew tea from powdered kratom for evening relaxation. Since its introduction in the States some twenty years ago, its use has grown in frequency. The American Kratom Association estimates that 10 to 16 million Americans regularly use the beneficial plant.

In the US, mitragynine suffers a mixed reputation within the medical community. Though it is usually safe and effective for most people. Kratom is legal in most states, but a lack of FDA approval led to cautionary messages from federal and state agencies. However, in 2021 the World Health Organization official declared there wasn’t enough detrimental evidence to merit an investigation into kratom.

The full measure of kratom’s potential remains largely untapped. First-hand accounts describe it as increasing energy and focus – and decreasing pain. Several studies demonstrate the therapeutic value of kratom, citing its favorable impact on both mental and physical health. There are even reports of its use as an aphrodisiac and to minimize PTSD symptoms.

The opioid pandemic is a serious public health concern. Because it acts on the same brain receptors as opiates, some studies show kratom’s usefulness in treating withdrawal symptoms. Many people who suffer from opioid addiction self-medicate to alleviate their suffering. Kratom proves a potential alternative, yielding successful harm reduction. A feasible way to self-medicate that is legal, accessible, and affordable.

Mitragynine acts as an alternative to opioids. Analgesic research is vital to advance the development of new, less-addictive options. Kratom is a viable research subject, providing potential solutions.

The tree’s leaves are most frequently used by drying and crushing them. The powder generated is then taken directly, brewed into tea, or packed into capsules. Its effects can range from euphoric to sedative. This diversity occurs because of differences between Mitragyna trees (known as strains), maturity of harvested leaves (referred to as veins), and dosage amount.

With so many variables, kratom has quite a learning curve. It’s important to seek top-notch information to select the most appropriate strain and vein to maximize benefits. And as with any supplement, it’s equally important to choose quality products from reputable vendors.

Grass Roots has minimized the burden of kratom research for you. First-rate options from notable, vetted brands like Bumble Bee and Remarkable Herbs are at the ready. Our friendly and knowledgeable staff is waiting to assist in making the precise selection for your needs!