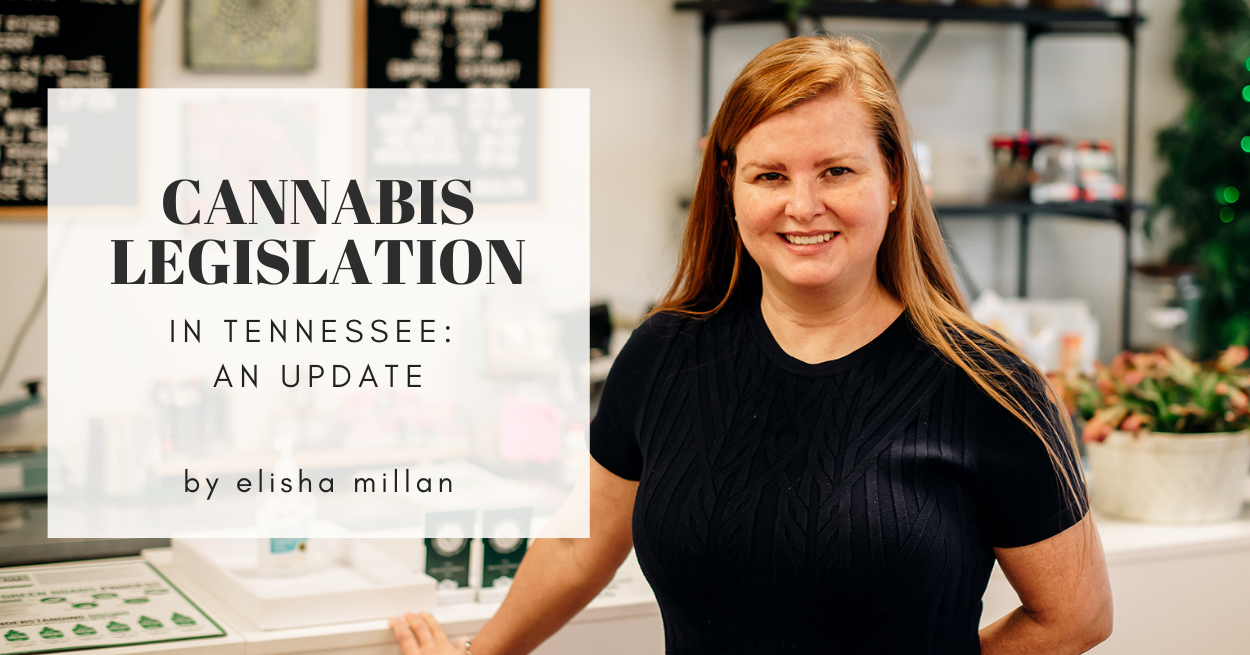 An Update on Cannabis Legislation in Tennessee

Representatives shared their personal stories — including state Senator Janice Bowling (R-Tullahoma), sponsor of the Tennessee Medical Cannabis Act, who appealed to senators concerned about the opioid crisis in rural communities. Medical cannabis is not addictive, not deadly, and has the potential to help individuals with certain diseases, Bowling outlined, and she shared stories from nearby families who sought cannabis as a treatment for disorders including epileptic seizures and had to go to other states for these treatment options.

While the Tennessee Medical Cannabis Act did not pass, Representative Jason Hodges (D-Clarksville) led an effort, through multiple bills, to remove some of the penalties for out-of-state cannabis users while in Tennessee. Among these bills, most of which have moved to subcommittees for consideration, is the Veterans Medical Cannabis Access Act, allowing disabled veterans to possess and use cannabis extract containing THC in this state if it has been obtained in a jurisdiction where cannabis is legal.

While some of the 13 bills up for consideration continue to shuffle through subcommittees, the most striking bill with many co-sponsors and bipartisan support comes from Representative Mike Carter (R-Ooltewah). In past years, Carter moved to authorize an in-state study to evaluate the effectiveness of cannabis for treating certain seizures, though he has otherwise remained staunchly against the data supporting medical cannabis to treat certain conditions. However, this bill would give access to full extract cannabis oil containing THC specifically for patients facing a life-threatening cancer diagnosis.

Carter, a retired judge, was in the news in the past year as he battled COVID-19 and a life-threatening infection. During his COVID treatment, he was diagnosed with pancreatic cancer. That and other constituent stories of finding relief with medical cannabis may have influenced this latest bill.

With multiple co-sponsors, the bill has more bipartisan support than other efforts to allow access to medical cannabis. However, similar bills in the past have failed because the wording is either too broad — and includes too many medical conditions — or too narrow. Bills that are too narrow face an uphill battle, as legislators weigh the legitimacy of only providing access to terminal cancer patients and not other patients, for example, who face chronic conditions that may benefit from the healing and pain-relieving properties of cannabis.

This bill demonstrates the power of personal experience and testimony related to cannabis use, while also drawing attention to the Republican’s supermajority in Tennessee. Bipartisan support is necessary for passage of Democrat-sponsored bills.

As our state’s hemp industry pioneers with the opening of Grass Roots Health, Tennessee’s first dispensary, in 2017, I’m pleased to see more bills related to cannabis use in Tennessee. I don’t anticipate any of them passing, nor do I anticipate outside pressure as states around us legalize cannabis for medical use until Tennessee’s border states take action. I’m curious about Representative Hodges, who seems to be pushing legislators in a beneficial direction for cannabis, and I’m curious to watch how Representative Carter’s bill for cancer patients will fare.

What stands out, though, for consumers and voters is the power of personal stories. Just as state legislators shared constituent stories of symptom management and relief from cannabis, your individual story has the potential to influence state representatives. Look at the power of Charlotte Figi’s legacy, whose struggle with seizures helped inspire the push to legalize CBD in the 2018 Farm Bill.

Stories and experiences can change the trajectory of a bill. Reach out to your representatives and share your experience. Your voice and your vote matter.